From beginning to end, the whole process is quite tedious to say the least. A team of volunteers identify sugar maple trees, which have the most sugar content in its sap. Other maple species such as red maple, silver maple and Norway maple can be tapped, but their sugar content is not as high.

It all begins when the temperature rises above freezing during the day and falls below freezing at night. These conditions trigger the sap to begin to flow up the tree. Volunteers head out in late January to start drilling into the sapwood of the trees. The drill should be angled slightly so that the sap will drain downward into the spout. The spout is placed in the hole and tapped in gently with a small hammer. A healthy tree can produce a gallon of sap a day on a good day. It takes 40 gallons to make 1 gallon of syrup.

For weeks volunteers continuously check and empty buckets into a collecting tank usually on a truck or tractor. Then the collecting tank is brought to a central holding tank at the sugar house. The sap is transferred into the evaporator, which is nothing more than a large pot on a wood stove. As the sap is boiling in the evaporator, the water evaporates away concentrating the syrup. The syrup is ready to bottle at 7 degrees above the boiling point, which is 219 degrees Fahrenheit. The best way to determine if the syrup is ready is to use a hydrometer. A hydrometer measures the specific gravity of syrup and is very easy and accurate. A rule of thumb is, the quicker you boil the sap, the lighter the finished product will be. The longer the sap cooks the darker it becomes.

Syrup must be filtered when it is hot so that foreign material and niter can be removed (niter is a concentration of natural salts and minerals that precipitate out of solution during boiling.  It is not harmful to eat but it can cause syrup to be cloudy). It’s
always the goal to get clear syrup. Syrup must also be bottled above 180 degrees Fahrenheit to be sterile/hot packed.  After bottling, turn the bottle upside down for a few seconds so that a sterile seal forms around the lid.

The maple syrup is ready for distribution and enjoyed by hundreds within the Flanders community! 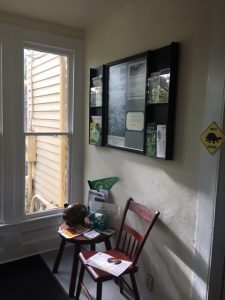 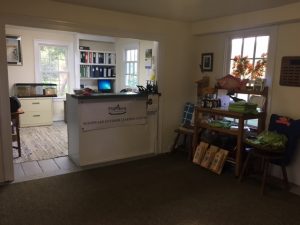 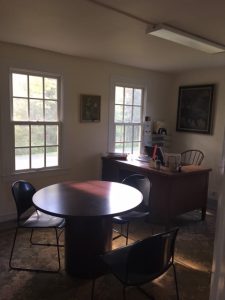 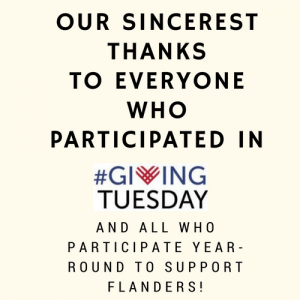